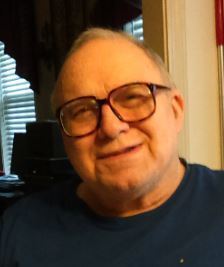 Mike was an avid bowler, fisherman, and Colts fan. He attended Central High School and worked for the city of Marion for 26 years. Mike was a member of the USI Varsity Club and the Order of the Owls #30. Mike was a Cubs super fan his whole life, and was ecstatic when they won the World Series in 2016.

Mike was preceded in death by his parents; sister Carol Stanton; and grandson Bradley Randall.

In lieu of flowers, donations may be made to Paaws, Another Chance for Animals, or It Takes a Village in Mike’s name.

No Photos and Videos
Previous Norma Voyles
Next Marc Ethridge