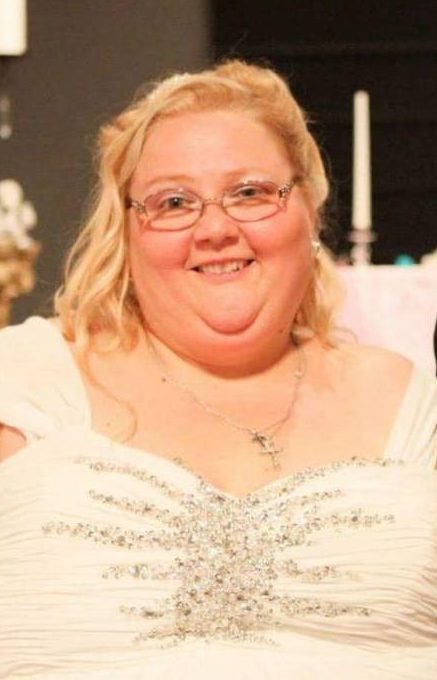 Lisa Marie Young, 49, passed away September 11, 2018 in Marion, Indiana. She was born on April 22, 1969, daughter of James Fulkerson and Linda Tisdale in Marion. She was known for being a Target employee for 23 years and being a friend of the police. She was a very kind, genuine, selfless person, and was always giving her all to anyone in need.
She is survived by her mother Linda Tisdale; spouse of 4 years, Jeremy Young; siblings, Angela (Travis) Raley, Pamela (J.B.) Henderson; half-sister, Sarah (Brian) Kleitz; beloved nieces and nephews Derrick McDowell, Cory McDowell, Alivia Kingston, Madisyn Raley, Daylan Raley, Perry (Morgan) Henderson, Katelynn Henderson, Kaylee Henderson, Mason Henderson, Scott Kleitz, Bryson Kleitz, and Ava Kleitz; cousins, aunts, and uncles. She was preceded in death by her father, James Fulkerson, and her grandparents, Fred and Mary Anna Greene.
There will be a visitation held at Gardens of Memory Cemetery on Saturday, September 15, 2018 from 10 AM until 12:45 PM with a service to immediately follow.
In lieu of flowers the family request that donations be made to Lisa’s funeral arrangements.